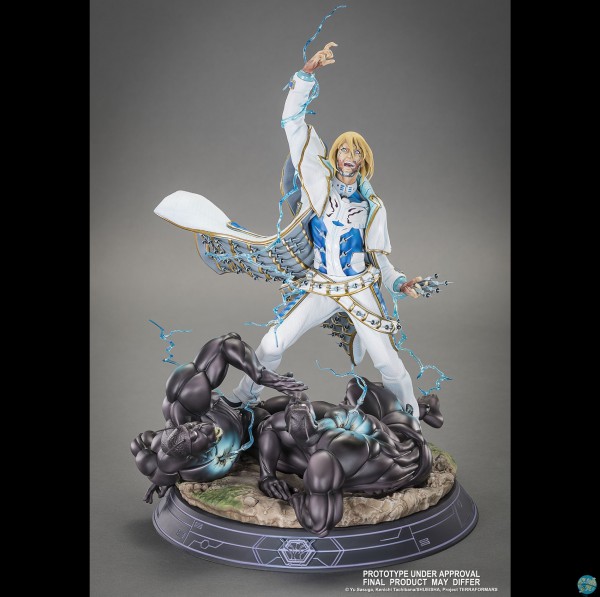 TSUME makes a new tribute to Terraformars with this second HQS by TUSME of Adolf Reinhard, the captain with the power of the electric eel.

Disfigured and the body covered with burns following the many experiments he has been the subject of, Adolf has a frightening appearance that contrasts with his kind and caring personality.

We decided to represent him in his final fight, as he electrocutes two terraformars with his knives.

The emphasis has been placed on the dynamism and composition of the scene, which takes us directly into the heart of his fight. The careful sculpture of his uniform in which a hundred small blades are arranged represented a real challenge for the artistic and technical team.